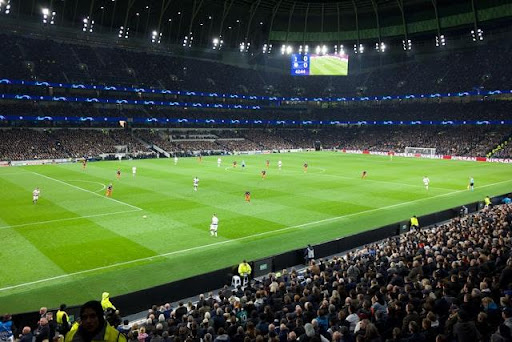 UEFA Championship is around the corner with the 67th edition of the game, and fans cannot resist going crazy after it. Although the qualifying session has just ended and now it’s time to brace up yourself for the competition.

For many, the championship league of UEFA is one of the most exciting and prestigious competitions of the year. However, the European tournaments are likely to bring top teams from different continents, to play against each other. Meanwhile, the powerhouse teams like; Juventus, Real Madrid, Barcelona, and Liverpool feature within the mammoth tournament.

The hype of the championship is buzzing all around, and the fans are excited to spend quality time while watching the league. But, for many, the biggest issue is tracking the time and channels broadcasting the champion’s league.

Which channels will broadcast the Champions League on US TV?

There CBS sports is now the new rights-holder for both the UEFA champion’s league and Europa league within the boundaries of the United States. The broadcaster of the English-Language owns all rights all through the end of the year season 2023/24, with each game being easily accessible through the facility of paramount+ streaming platform.

Whereas, if you can understand Spanish and are willing to enjoy the Spanish language season, Univision/TUDN owns the rights that can be watched and streamed through fuboTV. In line with this, all of the UEFA Champions League matches are likely to broadcast live all through Univison’s platform this season. It counts on the more than 80 on linear systems Univision, TUDN, Galavision, and UniMas. Meanwhile, the group stage coverage of the overall tournament is expected to start in September.

Where to watch UEFA Europa League on U.S. Television?

Here, we may sound bitter, but the reality is, if you are willing to watch UEFA Europa on the cable T.V. of the United States, then we have bad news for you. Only a few of the games will be broadcasted on the channels of the United States, but it’s always good to have something than to have nothing. Although, for this, the viewers must have paid the service of Paramount+ that costs only $4.99/month while each UEFA Champions League.

However, the CBS Sports Network will be broadcasting the Champions League of the UEFA throughout the season, so in case you have no subscription on Paramount+, then get your hands on the CBS Sports. Starting with the conclusion of the year 2019/20 season of the UEFA Champions League and Europa League, this year again, the CBS sports will showcase the games on United States cable T.V.

Besides this, you can easily download a copy of the Ultimate Soccer T.V. and Streaming Guide. It shows the details on where to watch the UEFA leagues from any corner of the globe or in the states of the United States. Checking WOW Channel lineup could be a helpful move too.

How to listen to the Champions League

If you have a hectic routine and it’s difficult to watch the UEFA champion’s league, then enjoying the matches through audio is still the best option. Beginning with the season, the UEFA streaming schedule, the UEFA will be broadcasting two games each day with audio through a service named UEFA Matchday Live. Moreover, the broadcasts present a host likely to take broadcast from the presented match to one of the matches when a goal happens.

Moreover, choose UEFA Champions League matches as it will also broadcast the country on the network of TUDN Radio Channel on SiriusXM. Lastly, many PUBS/Spo and Europa League throughout the sports season.

The finals for the league will be taking place at Krestovsky Stadium in Saint Petersburg that is in Russia. The matches will be streaming live on the official broadcasting partners of the league. The streaming right for the league in India is with Sony Sports Network.

CBS (English) and Univision (Spanish) reserve the options to show the 2021-22 UEFA Champions League in the U.S. Matches can likewise be gushed on fuboTV, which offers a free seven-day preliminary to new supporters, and Paramount+.

Regardless of what time it is, live games are continually occurring. Following the consequences of the pandemic, many associations are getting back to their complete ordinary season plans. That implies there are significantly more games accessible to watch this year.

We have jotted down the best games channel’s web-based features, and that’s just the beginning, so you can see what’s right now in real life and when your cherished associations will return. Continue to look to get the complete course of action.

If you are more into sports, then this piece of writing is for you. Moreover, if you think we have missed any of the streaming channels, give your suggestion in the comment section. 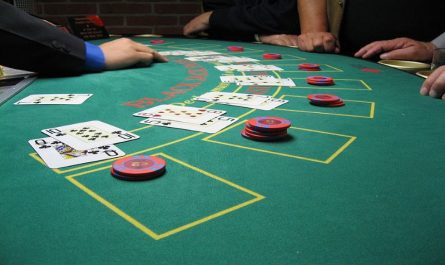 How to Win Blackjack Online Casino Betting: Tips and Hacks